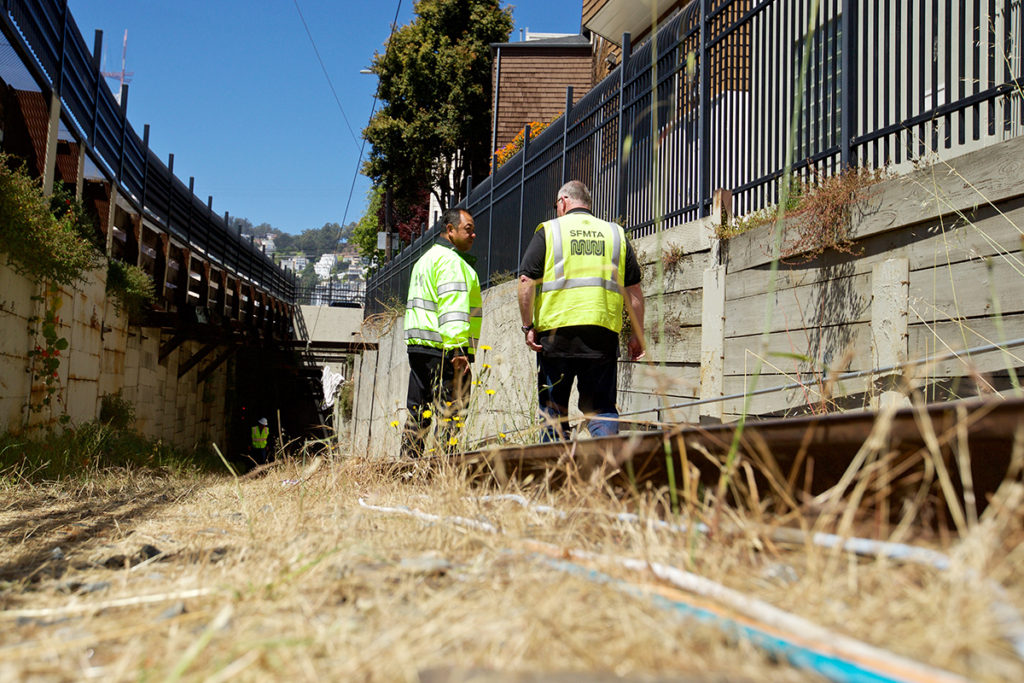 Ferdinand Cadelina, left, field manager for transit services with the Municipal Transit Agency, and John Haley, SFMTA director of transit, walk down a set of old tracks to an entrance for the old Eureka Valley Station, which now makes up part of the eastern entrance of the Twin Peaks Tunnel, on Monday, May 28, 2018. (Kevin N. Hume/S.F. Examiner)

San Francisco Muni to give Twin Peaks Tunnel a complete makeover, shutting it down for w months from late June to late August

This entry was posted in News. Bookmark the permalink.